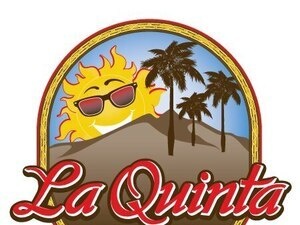 The Greater Palm Springs area, known around the world for its resorts and sunshine, is now home to great craft beer! La Quinta Brewing Co. opened its doors in the fall of 2013, and has quickly become a local favorite throughout the desert. Although relatively young, it’s already an award winning brewery. They took home a bronze medal in year one for their Indian Canyon IPA at the 2014 San Diego International Beer Competition. No small feat considering San Diego’s reputation as the “hop head” capital of the USA. Next up was a bronze medal for the One Eleven Pale Ale at the 2014 Los Angeles International Beer Competition. More recently, they won a Silver Medal for their Tan Line Brown Ale at the 2015 San Diego International Beer Competition. Fast forward a year and several more medals, in 2016 they took home the big one - a Gold at the World Beer Cup for their Bourbon Barrel Aged Koffi Porter. So far in 2017, they've won a Gold Medal for their Heatwave Amber Ale and a Silver for Tan Line Brown Ale at the Best of Craft Beer Awards in Bend, OR.

Founded by a true desert native and former home brewer, La Quinta Brewing Co. is authentic to the laid back desert lifestyle. You can find LQBC to be proud supporters of local events throughout the desert. Whether it's hosting fundraisers at the taproom or sponsoring community events, they strive to bring locals and desert visitors superior craft beer with a fun, resort style vibe uniquely found here in the desert.

Thirsty yet? Their beer can be found in over 150 bars and restaurants in the desert area. Two of their beer styles (Poolside Blonde and Even Par 7.2 IPA) are sold in 16oz cans and their Koffi Porter is sold in 22oz bottles - available at retailers throughout the desert. The brewery and onsite taproom is located just north of Interstate 10 and west of Washington Street in Palm Desert. The 4,500 square foot facility is home to a 15 barrel brewhouse capable of producing over 5,000 barrels annually (equivalent to 10,000 full sized kegs). Food is not served, but patrons are welcome to bring their own food in, or take advantage of local delivery from neighboring restaurants.

With the addition of the Old Town Taproom in Old Town La Quinta, LQBC fans now have another location to enjoy the desert's best craft beer. In addition to LQBC offerings, take advantage of a great selection of guest taps as well as wine and cider.

Come in and "Taste the Sunshine!"