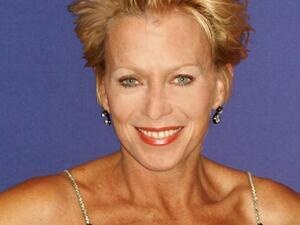 Mara Getz in Get Happy - The Music Of Harold Arlen

Expect songs like "Stormy Weather," "Blues In The Night," "Let's Fall In Love," "Over The Rainbow" and more. Getz's TV appearances include the "Merv Griffin Show," "You Write The Songs" and "Cop Rock." Getz also was a finalist on "Star Search." In Las Vegas she opened for Bill Cosby, Joan Rivers, Phyllis Diller, George Burns and Jay Leno. She has toured Europe and Asia, been cast in two Broadway productions and recorded three CDs. Now living in Palm Springs, she continues singing in clubs and has a successful line of her jewelry designs. “Get Happy” is Mara’s third show for the Cabaret On Sundays Series presented by Les Michaels. The previous shows were; “Who Put The Broad In Broadway”, and “A Tribute To Ms. Peggy Lee”. Tickets for the Sunday, June 16, 2019 at 2 pm show are $15 cash only and sold at the box office that opens at 1 pm the day of the show at the Arthur Newman Theater located in the Joslyn Center, 73750 Catalina Way, Palm Desert.