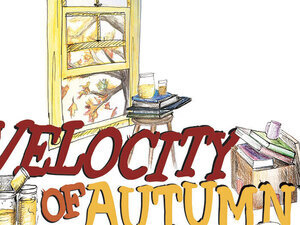 Coyote StageWorks will begin the season with a full production of A Doll's House, Part 2by Lucas Hnath, which will run from February 7 though 16. Directed by Founding Artistic Director Chuck Yates, this play picks up where Ibsen’s famous A Doll’s Houseended. In the final scene of Ibsen’s 1879 groundbreaking masterwork, Nora Helmer makes the shocking decision to leave her husband and children, and begin a life on her own. This climactic event—when Nora slams the door on everything in her life—instantly propelled world drama into the modern age. In A Doll's House, Part 2, many years have passed since Nora’s exit. Now, there’s a knock on that same door. Nora has returned. But why? And what will it mean for those she left behind? You do not need to know the original to laugh at this irreverent sequel!

The cast is comprised of Robin McAlpine as Nora, Don Amendolia as Torvald, Mary Baird as Ann Marie, and Britt Adams as Emmy.

Performances run at 7:30 or 2 PM depending on the day. There will be an opening night reception, a Q&A session following the Thursday matinee and a special Valentines Champagne Reception.